Vidly-api-node : how do I run multiple services at the same time

I was wondering how to run multiple services at the same time?

For the Vidly app to interact with the Mongo DB you need to have the Mongo DB running, the Node server running, and your app running. If I start any one of these services up, my terminal cursor is not returned until I stop the service with CONTROL-C.

For reference, the following are the three services:
MogoDB service

The Node.js server (in the directory ~/vidly-api-node)

The easiest solution is to use multiple terminal windows:

Visual Studio Code has an integrated terminal so you can work in the shell of your choice without leaving the editor.

What OS are you running? I am running Windows and MongoDB starts in the background for me as a service when the OS starts.

Thanks ekinated. I am running this on a Mac and used three separate terminal windows, one for each item. I was hoping that there was a more elegant solution.

You can use an npm package like “concurrently” to run multiple commands at once in the same terminal window, BUT then the console output (errors, debugging info) will all be in a single window and you’re going to have a harder time reading that information if an error happens. 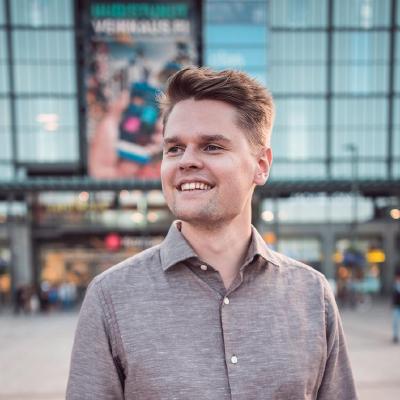 You can setup MongoDB to run automatically when your machine boots, but if you only use it while you’re actively developing, it might not be worth it because it will use resources.

MongoDB For Beginners: Introduction and Installation

Mongo is an open source schemaless database system which is very different from the more popular MySQL. The most considerable differences are that MySQL

I also forgot (because I’m not on Mac OS / Linux / Unix), that you can run programs in the background by appending the & ampersand character to your command. You just won’t see any of the debug/error info, and you’ll have to remember to manually kill the background process.

➫ How to npm run start at the background ⭐️

So I have a (Vue/Angular/React).JS web application and I need to run it in the background… 🙇‍♂️

- I want to feel really stupid since I’ve been programming on a Mac for over 10 years, but honestly I haven’t had a need to do this until now since I’ve always been connecting to other resources.

If there is a more elegant solution, I’m interested to learn about it.

Can someone send me the React Native Node.js Files .in react native part 2. In the networking folder.

This is my email address. saidshahahmadi2016@gmail.com